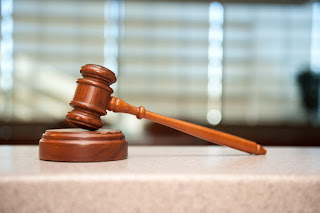 As many of you reading this may already know, today marks the start of the highly publicized, and closely followed, rape accusation trial of 79-year-old actor, Bill Cosby. To many, he is a beloved staple of their childhood television experience. To others, he is just the Jell-O spokesman. To me however, he is just another symbol of America’s unexplainable need to place celebrity before morality. It is common to give someone the benefit of the doubt when there is a single accusation, but when 60 people come forward with similar rape accusations, it makes me wonder how those that still support Cosby can rationalize their decision to keep him propped up on the pedestal he built with his fame. It makes me wonder if it were someone else — someone who isn’t rich and famous — would they get the same support?

This case also demonstrates the glaring issue with the varying state-to-state statute of limitations laws that are diminishing the severity of what Cosby is being accused of. Each state sets a limit for how long someone can be charged with certain crimes. Rape and sexual assault, in a lot of states, are among the highest when it comes to the number of years allotted for statute of limitations, but in some places, that still only equates to a 3 or 4-year window of time. This case, from the start, has opened the eyes of many state lawmakers and has helped them realize that major reform of the statute of limitations laws in their area is necessary. There is nothing about statute of limitations that supports the victims of rape and sexual assault. It only works to provide the accused with a get out of jail free card once the accusation has hit its expiration date. Why is there not an equal law that supports the victims in the same way?

Well, it’s probably because a lot of people refuse to believe that victims could be scared enough and intimidated enough to not file a report right away. In fact, that is the case in more instances of rape and sexual assault than people realize. Most victims don’t want to see the person who raped them again, let alone spend countless hours with them in a courtroom rehashing the events that took place not to mention having to defend their own actions and personal character. Rape and sexual assault are not only damaging to a victim’s body but it takes an unbelievable toll on mental health and the way they perceive themselves afterward. In some cases, it can take years for people to come forward when they are mentally and emotionally prepared. Having a support system in place is also very important, and can also take years before one is in place. It’s easy for people who are not victims to say, “could have, should have, would have”, but an alarmingly low number of them try to put themselves in the victim’s shoes and try to understand why they don’t come forward right away. In a legal sense, there are consequences from not coming forward immediately or doing a “rape kit” within the first 72 hours. There is no DNA evidence or physical evidence to support the accusation. Although that can have a negative impact on the outcome of a rape trial, it most certainly should not be used in a manner that discredits the victim. Somewhere between 2 and 8% of rape allegations are proven as false accusations. Where along the line did that small of a number constitute the need to institute more protection for the accused?

Some have said the statute of limitations were created so that the accused weren’t living their lives wondering if they were going to go to jail. Isn’t that just an inadvertent admission of guilt, though? If someone knows, beyond a shadow of a doubt, that they are innocent, it seems more likely they wouldn’t be living their life wondering if they are going to prison. It’s more likely one would try to live a normal life because they know they haven’t done anything wrong — someone with a strong moral fortitude, anyway. Now, because of this idea that there should be a time limit on people getting the justice they deserve, more than 50 rape accusations against Cosby will be null and void and deemed inadmissible. In my observations, talking with other rape victims and reading countless other horror stories, there aren’t many people that forget the details of what happened to them ( if they haven’t mentally blocked out the assault altogether, which a small number of victims do). Most often victims recant what happened in vivid detail. So, why is it that under the statute of limitations, the victim’s memory of the events isn’t held in higher regard?

As we continue to watch the Cosby case unfold, I am sure we will all be left with a sour taste in our mouths. Some will be upset that he is on trial at all, some will be upset he’s being portrayed as innocent, and some will be upset at the disappointingly low amount of time he will likely serve, if any, if he is found guilty. I for one wish that it didn’t take a high-profile celebrity case for lawmakers to realize just how detrimental the statute of limitations is to ending the rape culture problem that plagues our world.
Labels: rape sexual assault