How I used planned parenthood. My only regret is not going sooner. 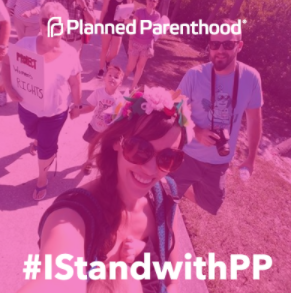 After I was raped, I spent the next few days in a fog. I struggled to come to terms with what happened and thought that I could move on as long as I didn't tell anyone.

Still through my denial a thought lingered... what if?

What if I became pregnant?

What if I had gotten an STD?

What if there was damage that needed treatment?

I shivered at the idea of going to my family practitioner. I had known that doctor for most of my life. Telling her what happened, felt like admitting the horrific event had happened to a family friend. I knew that I couldn't ignore my physical health  anymore, so I called a local planned parenthood to make an appointment. Making the appointment, felt like impending doom. I spent the last few days just wanting to forget and now I would have to face what happened head on. I would have to say the words out loud " I was raped". I would have to allow a doctor to do blood work and even worse an internal exam. I could barely wrap my head around the idea of allowing anyone near me, let alone there. I was still sore. I was still shaken. Someone touching my hand slightly, could make me jump out of my skin. How was I going to get through this?

I have always been pro-choice but I never thought that I would one day, possibly be in a position where I may have to choose abortion or not. I lived a life with a plan concisely drafted for success and an unplanned pregnancy was never part of the plan. I made the decision not to date until I graduated high school and  even once I started dating I practiced abstinence because I didn't feel ready. When I was 17, I went on birth control to regulate my menstrual cycle and PMS symptoms, but also because I knew that sometimes things don't go as planned and if I ever chose to be sexually active, I wanted to be covered; I just never thought I would need it for a situation like this.  I am so grateful that I made this decision to utilize the discounted birth control I had access to. Although there was a low chance that I could fall pregnant after being raped while on the pill, I still had to confront the chilling thought of what if?

If I fell pregnant, would I chose to stay pregnant? I wrestled with the idea in my own head. I believe everyone has the right to chose but what would my choice be? AT LEAST THIS TIME I HAVE A CHOICE REGARDING WHAT IS IN MY BODY!

On the day of my appointment I felt sick to my stomach. I didn't know what the outcome would be and I didn't know if I would make it through all the testing but I forced myself to go. I sat in the waiting room wondering how my life would change after this appointment. I watched the other patients and their loved ones waiting as well. I wondered why they were there. There seemed to be no age or gender common denominator, there was even a pregnant women  gleefully reading baby center forums to her partner. Finally when it was my turn I went into the back office with the doctor. When I finally got the words out I felt completely and utterly naked. It was the first time I had told someone and the doctors reaction was something I wasn't prepared for. It was empathy, with a touch of anger; the anger was not directed at me though as I had prepared myself for. She wanted to protect me, she wanted to help me, she wanted to scream because she has probably seen too many patients come into her office who had been victimized. She couldn't do anything to stop these acts of violence all she can do is provide the care and resources/information that is needed after wards. She can try to help us put our lives back together for the short moments we are there with her but she couldn't stop them from falling apart in the first place.

She gave me all the information and time I needed to comprehend what was going to happen next. When I was ready I went down the hall and did the recommended testing. It was scary. It hurt. I don't know how I would have been able to do it without my doctor. With tears in my eyes as my body jumped off the table at the touch of the metal instrument, my doctor took a moment to pause, she asked for consent to continue at every sign of discomfort. I can't put into words what a pap smear feels like after being raped but I am sure you can use you imagination. This appointment needed to be handled with the utmost delicacy and unbounded empathy. I knew that I made the right decision for me, by going to planned parenthood.

After my appointment I waited for all my results, reading the packet of information I was given including numbers for counseling. When the day came that I received the call I was told  I was not pregnant and had not contracted any STDs.

Years later, I still think about those what ifs....

To this day I do not know what I would have done. I believe that I would have chosen not to carry a child of the man who raped me. Now, that I have had children years later with my husband, the man I love, and I know the toll a wanted pregnancy can have on you, I do not think that I could have emotionally or mentally  handled carrying a pregnancy from rape to full term. The thing is, this is all speculation, until you are truly faced with the decision you can not know what you would do or what you are capable of doing. Luckily I was not pregnant and I didn't have to make that decision. I may not know if I would have followed through with an abortion but I know that if I had been pregnant, it would have been even more traumatic to once again not have a choice, if abortion was made illegal.

Just like trauma, you can try to hypothetically prepare yourself but you are never truly prepared once it happens. I always thought that I would call the police right away if I was ever raped but when it happened, I hadn't taken into consideration the switch in your mind that is flipped that puts you into survival mode.

Now I have heard rape victims should be the exception to the rule for abortion, if abortion is outlawed. I would like to know how this would work? Does a girl who needs an abortion after rape tell their doctor that they were raped, then they are allowed to get an abortion? I foresee a slew of people claiming that women are "calling rape" just to get illegal abortions. To avoid giving abortions to women you don't believe are victims, do we wait until they have reported the rape to police? Well what about the small percent of people,  that make false accusations. Do we wait until there has been a trial and the rapist has been convicted, to deem a victim as a "real rape victim" that is now able to get an abortion ? Well trials take time, if you are against late term abortions this wouldn't help prevent them but instead could post pone the abortion until the fetus has developed further or even forcing the women to carry to term and give birth, when an investigation, then trial takes months, or even almost a year or longer to conclude. Is there truly a way to take away a woman's choice to abortion while still supporting the healing and future of victims?

Sometimes what works for one person will not work for another. My story and thought process may not fit your belief or what is right for you. You may know someone who had an abortion, or carried an unwanted pregnancy to term  and gave the baby up for adoption, or maybe you know someone who was assaulted who decided to keep the pregnancy then keep the baby. The "it worked for one person, so it should work for everyone" mentality is harmful. We are all individuals who have different circumstances, beliefs and limits. That is the thing about having a choice; there is no "one size fits all"  solution that is right for everyone; therefore, there should be several options available that keeps the individual in mind.
Labels: advocacy planned parenthood rape recovery