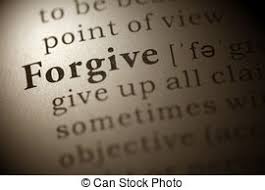 Forgiveness is often pushed on survivors of trauma as part of the healing process. Forgiveness can work for many and I would never discount the healing properties for some individuals but I have come to realize the concept of forgiving my attacker is not for me.

DISCLAIMER:Below is my personal story about forgiveness and is not written to undermine anyone else's healing process or recommend that anyone should/have to, take the same path as me. TRIGGER WARNING: details of rape and difficulty healing emtionally from trauma


Years after my attack I still struggled with the guilt from the assault. I had been conditioned to believe that maybe my clothes, my hair, my location, my abilty to protect myself etc played  a part in the event that changed my life. Almost a year ago I got back into counseling to try to reduce the symptoms of my PTSD ( Post Traumatic Stress Disorder) from rape. Going back to counseling was something I dreaded even though I knew the good it could do, it always made things temporarily more difficult and intense. Early on, the counselor and I came to the conclusion that forgiveness was needed. Not the kind of forgiveness you may think of, we  ruled out the need to forgive my attacker but instead she wanted me to forgive myself for what seemed like my biggest hang up about the assault: I CHOSE TO STOP FIGHTING BACK.

If you have read about my story in one of my previous posts, you may know that after an intense struggle to get free that resulted in more violence by my rapist, I decided to stop fighting. "Get out alive" my brain was screaming at my body, and in that moment to lessen his rage I stopped fighting back. It felt like I was floating away from my body watching the rape of someone else. In that very moment I thought that if I could just let him finish and I could stay in one piece, I would be able to move on with my life, putting this horrific event behind me. I was wrong. At the time I believed I made the decision that was best for me, I thought I was saving my own life but in the months to years following I struggled with this decision. What if I never stopped fighting? What if I could have fought back harder? What if he gave up? At the time, I didn't know the damage this traumatic event would have on my life but now that I did know, I felt pretty confident that if ever faced with this choice again I wouldn't ever stop fighting, that I would go down swinging even if it meant the end of me. This pain and guilt I carried with me for years weighed down on my shoulders like my attackers tight grip had never been removed.

In an effort to desensitize a few of my triggers related to flashbacks and "unstick" myself in my healing process I decided to sign up for a women's self defense class. My hopes were that by facing certain moves I encountered I could break the link between a flashback and reality utilizing lucid dreaming and grounding while playing the event in my head. I thought by having new techniques I could try to change the way I react in my flashbacks for example instead of elbowing I shift my center to avoid a strike etc. Another big struggle is one particular trigger: choking; the feeling like I can't breath whether it be from anxiety a tight shirt, necklace etc automatically reminds me of his hands around my neck or forearm pressed against my throat restricting my breathing.

I sat on one of the blue mats and tried to keep my mind preoccupied listening to the instructor about why the class was created I could feel my eyes start to water. I knew too well why this class was needed. I watch the other ladies nod their head while trying to picture what it would be like to be assaulted. My visualizations weren't hypothetical I had to consciously tell myself not to picture people but a instead picture each move like steps to an equations. Math problem: assailant is on top of you straddling your hips, steps to a solution: first you must leverage your body, then disengage, strike retreat=problem solved there are many variables for each solution. Variables I can deal with. For some reason I found the descriptions of the moves more triggering than the demonstrations or trying them myself with a partner. I was so focused when physically engaged, that I did not allow room for all the other thoughts but when each practice ended it felt like a pressure cooker was being opened the lack of physical distraction allowed for a flood of memories and emotions. There were several times where I waited to see that everyone was looking away to let out a few tears so I didn't fully break down, allowing a little overspill of emotion to avoid a complete overflow.

I could feel my arms getting sore, the skin around my neck start to feel chaffed, my thighs tightened. I forced myself to dissociate from my emotions and went through each step of the class, one motion at a time. Trying to retrain my muscle memory from years of Shotokan was difficult, my body wanted to react a different way then I was being taught but I wondered if this was the key I was missing in that locked room. Most of the moves I was being taught in this class required space to move/withdraw. The instructor asked if we had any questions I don't think he was expecting mine. I asked what he would do in a very detailed scenario to which he didn't have an answer and said he would think about. It felt like a switch flipped in my head. Maybe there wasn't anything more I could have done, maybe no amount of searching for a better retaliation and escape plan would work. After the class I asked the assistant if they could formulate a strategy for a second scenario, her eyes drooped in the way most people react when trying to hide their pity "the instructor doesn't like attacks from the back they are much more difficult to defend yourself against" I explained in more detail the other factors...( he has combat training etc) the more I explained the more hopeless a solution sounded. A part of me wanted to scream vindication but the other part of me was shouting at myself to get out of their I was reaching my boiling point.

I thanked the event coordinator and excused myself from after class chat. I quickened my pace to as fast as I could without drawing attention to myself. I walked out the door and the minute I heard it seal close I burst into tears. Not the kind of silent unnoticeable tears I usually allow myself but a full on sobbing. I sat in my car locked the doors and let it all out. I allowed myself  the rare occasion to feel truly angry ( an emotion that makes me feel out of control), when I was done I started to drive home. I was physically, mentally and emotionally exhausted I felt like I was going to vomit just a couple miles from home it felt like I wasn't going to make it home without a full blown anxiety attack but I did. I pulled into my drive way composed myself, shook myself out as I exited the car and plastered a smile on as I entered the door to be greeted by my daughter.

The next morning I woke up sore, with bruises in familiar places, my anger had quickly melted back into sadness and I felt dissociated from my body for the next couple of days until I went to counseling. At my appointment I sat across from my counselor as she commended me for facing my fears but this was not something I felt was an accomplishment, instead I saw it as a set back. I became angry again yelling at my unsuspecting counselor, faulting her for my misery. " You made me run a marathon and took away the finish line" I scolded her. I explained that I realized I had nothing to forgive because there was nothing else I could have done. This "AHA" moment was tainted by the reality that my closure in which I finally received was not what I had been preparing for, for the last few months.

About a week later after everything had settled I wrote my open letter to my rapist. It felt like everything from the night of the rape until this moment had been leading up to this declaration. Maybe I did get my forgiveness at the end of the day. I forgave myself for holding anger directed toward myself about something that didn't need forgiveness.


It wasn't my fault. The only one who should be held responsible for stopping what happened was the monster who raped me. I did what I needed to do to get out alive, to have the life I have now and to help others battling the same demons.
Labels: anger anxiety forgiveness PTSD rape sexual assault survivor stories Treatments 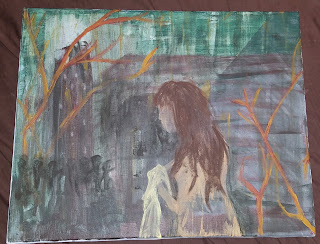