Take Back the Night

Last spring I had the honor of giving the keynote speech at University of South Florida's (USF) Take Back the Night event. A night before my 29th birthday I stood in front of a crowd  and spoke about my life; the event that broke me and how I have begun to rebuild. This was the first speaking engagement where I had my parents present. As delighted as I was to have their support,I would be lying to say I wasn't a little extra nervous. I planned to disclose more details about the attack and how I processed life after it than I shared with them before. In some way I felt even more raw and vulnerable speaking to my loved ones than a crowd full of strangers. To add to my anxiety less than an hour before I had gotten unrelated bad news that had me head spinning.

As I found my place behind the podium I took a deep breathe, my first of many, that I had written reminders for on my paper. Sometime when I am nervous I forget to slow down and breathe but eventually it melts away. One of my favorite things about public speaking is the feeling of hyper-vigilance leaving my body. The initial stage fright ( which happens every time before I public speak) is a good thing my dad tells me. He says it means you care about what you are talking about, you are nervous because you want to make sure the audience walks away, fully understanding what you wanted to say. It usually doesn't take long after I first  look out into the crowd until I am more at ease. See, on the stage it going to be way harder for someone to rape me. This may sound crazy but the ability to not have to worry for the time that I am up there that someone will try to attack me, is a weight of my shoulders. I feel physically safe while emotionally vulnerable and that is what makes getting on stage physically possible for me sometimes especially in unfamiliar settings.

This speech in particular was very emotional for me with some of the things I was saying I had never said out loud before. When I looked outward as I spoke I tried to memorize the faces looking up at me the emotional fog that sat over the crowd was sometimes overwhelming. I knew most of these people understood exactly what I was trying to explain; it broke my heart and and warmed it with acceptance all at the same time.

I want to thank NITE again for organizing this amazing event. I want to thank my my husband, my parents and my advocate for their overwhelming support and attendance. I want to thank the people who came and listened to me speak (even though they had never met me before they still wanted to hear what i had to say). And last but certainly not least I want to thank all the brave survivors whom stood on stage and shared their truth during the speak out

To everyone still healing my heart is with you as you try to navigate your aftermath
Labels: advocacy Florida Public speaking rape recovery sexual assault survivor stories 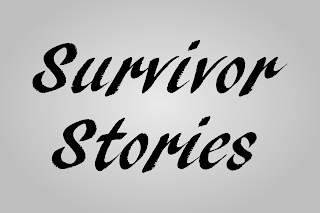